As Samurai Zero's first multiplayer playtest drew to a close last week, from everyone on the Neo Interactive development team, we can't thank all of you enough for believing in Samurai Zero and giving your feedback as many of you played for the first time. We are incredibly proud of everyone on the team who put in some crazy hours to make this possible. We feel that the core of Samurai Zero has a bright future and with your helpful feedback during these playtests we can keep pushing Samurai Zero to become the best it can be.  To be honest, we didn't expect the playtest to be as popular as it was and we want to give a warm welcome to 1,000+ playtesters and almost 200 new Discord members who joined in on the action.

Closing out the weekend, we ran our first trial tournament so see how Samurai Zero shaped up in a bracket style setting. We received overwhelmingly positive feedback from participants that encourages us to develop these tournaments further so be on the lookout for those. But back to this first tournament, some seriously impressive gameplay was shown across the board from the participants. We're amazed to see how quickly all of you picked up the mechanics and developed your own meta's during your matches. We'll be keeping a close eye on the meta as the game progresses and welcome any feedback you have.

And without further ado -  A huge congratulations goes to Shifty (zilk) on his dominating performance in Samurai Zero's Lone Wolf Mini Tournament! A 4-0 Sweep!

Since the playtest completed, we've had the time to read the feedback given to us from our Playtester Surveys and they've given us some amazing feedback about your play styles and preferences. On top of that we've received some great bug reports that are already well on their way to getting fixed.

Which leads me to our next topic: Patreon. As promised, all Patrons who have supported a total of $40 or more will get an 'early access' -style development Steam key. Having this key let's you keep up to date with the latest updates we make for Samurai Zero, all while letting you squad up with other Patrons to play a match any time you want. You'll be able to keep your key if you decide to stop supporting in the future. You will get your key sent to you by a member of the Dev team, but if we missed you for some reason, feel free to reach out via Patreon or Discord.

To give you all a little sneak peek, we're currently building out one of our 3v3 game modes, Obliteration. We took the high-octane combat of our premiere 1v1 Duel game mode and scaled it up to our first team-oriented mode.

Once we get Obliteration all set up, we'll move on to making our second Samurai, Wraith, playable in-game. Once these next two milestones are in place we'll have a great idea of how team fights will play out, and of course we'll be bringing our Patreon play testers along for the ride.

And that about wraps up this update we have for you all. Thanks again for all of your continued support, it means the world to our Team. Follow us on Twitter and join our Discord if you haven't already to get the latest news for Samurai Zero. 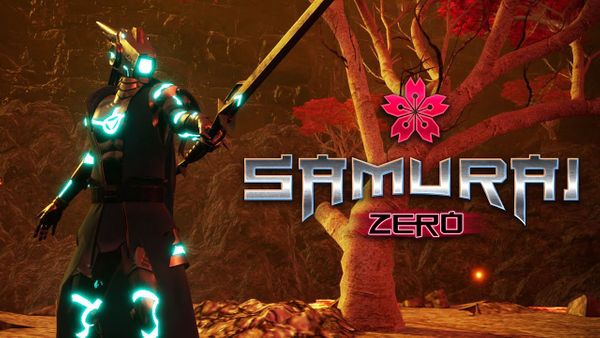 Welcome to Zero Samurai. For a lot of you this may be your first time playing Samurai Zero, so the team wanted me to go over the basic mechanics of