Hey there, I'm Ethos from the Samurai Zero Dev Team.

Today's episode is going to be a weird one. While we made a lot of good progress, much of it involves under the hood improvements. So we really struggled with how to showcase a lot of this to you guys, but hey here we go.

First, lets talk about polish. In previous episodes I talked about Samurai Zero's combat system and the light and heavy system. I said in those previous episodes that I would share more progress on those systems once we got more animations, and today that's exactly what we got.

Biggest thing is now the implementation of some brand new heavy attack animations. As you can see these have heavier impact to them and are longer animation wise than the light attacks to balance them out. You will also see that unlike our light attacks, the heavy attacks actually use full body attack animations, which really help sell each attack. Trying this new form of animation has really made me question if maybe we should do the same with the light attacks, but I think we are going to hold off on making any drastic changes until we can get some more testing feedback.

Another feature we talked about previously is our combo system. I introduced this system as a way players can combine different directional attacks of both light and heavy attacks to create brand new attacks. We successfully tested this system out with a brand new combo attack from Ryder that is the result of the player inputting one light forward attack and then following it up with a heavy backwards attack. Now a new stylish attack animation plays instead of the default heavy back animation. Now, all I need to do is really think about how vast I want the combos to be for Ryder.

Its important that I stress that I'm not really trying to make our combo system as complex as something you may find in a hardcore fighting game or action game, but something a bit more simple with enough variety that the core combat sequences don't feel boring.

We also did another gameplay polish pass on our air strafe jump system. Now when you air strafe, Ryder will always strafe in the direction you are look at with the camera. This way if you whip around the camera really fast, you'll go in the direction you'd expect even if Ryder isn't fully rotated in that direction yet. All in all it makes the strafe feel more controllable. We plan on doing an animation polish pass with the strafe to give it some more power so look out for that update soon as well.

This month we also finished work on another core mechanic that all Samurai will have access to. This is the Dash Evade. Our Dash system is a brand new defensive mechanic that allows players to quickly evade attacks while on the ground. As you can see, when the player inputs the dash they will quickly dash in the direction they choose for a short period of time. As I'm sure you can probably guess, this animation also comes with some I-frames at the start of the animation. For those of you who don't know, I-frames is short for invincibility frames. So, during a short period of time during the start of the animation, the character will be invulnerable.

You may have also noticed a brand new UI element we have added to the game. In Samurai Zero, each samurai has their own predetermined mobility stat. This stat can be different for each character, but it helps determine how fast a character moves and also how many Dashes they have available all at once. As you can see here, Ryder is one of fastest characters in the game, so he has around 5 dashes. When the player uses a dash they will lose one resource of mobility. Don't worry though, after a couple of seconds of not using the dash, this resource will automatically regenerate. The player can use dashes back to back, in between attacks or a part from each other. The only thing is once you use all of your dashes, you can not dash anymore until it regenerates at least one new dash resource.

We spent a lot of time trying to get this right and still balancing how far and fast the dash needs to be as well as re-gen rates. This dash works on all surfaces, so regardless of the type of ground you are traversing, it just works.

As we worked on all these things, we spent a lot of time this month bug fixing and improving many of our systems including the wall running system, jump system, hit stop system and networking bugs. We even had to go as far as actually busting open Unreal Engine 4 and modifying the engine code itself to fix some of these issues. This was our first time trying this, but we got great results. That means Samurai Zero as of right now runs off of a custom version of the engine, but we are hoping Epic will include our engine changes overall to their next major update of UE4.

Thanks so much for taking the time to watch this Dev Log! This month we will be doing another feedback zero Q&A video so if you have any questions you would like for me to answer regarding Samurai Zero so far, let me know in the comment section below.

This video wouldn't have been possible without the support of our Patreon, who make these videos possible.  If you would like to support the development of Samurai Zero and see even more additional content not yet shown to the public, consider backing us and joining our discord. That's all for this month's update, but here's a little peek at what we are showing off on our Patreon today. 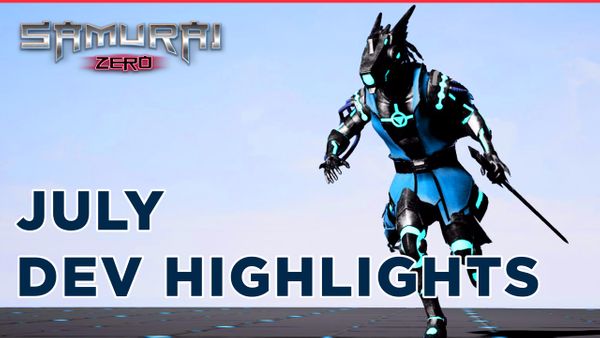 It's been another very busy month for us at Neo Interactive. Our main focus this month was expanding on Ryder's moveset as well as the block-out for the technical test build that will be shared with our Patrons at the end of this month. 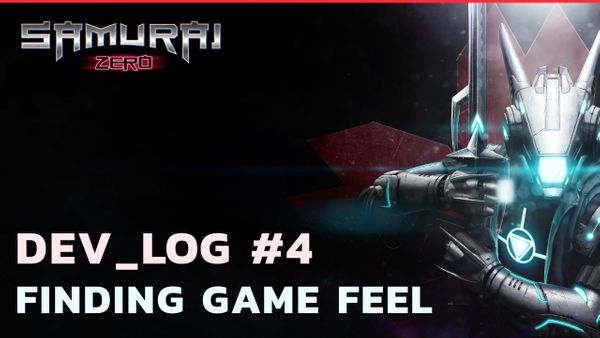 Today we are proud to showcase our newest mechanic: the air dive. This was a tough one but we are really proud of the results. This mechanic is a great example of collaboration from design to programming, animation and special effects.