It  has been a crazy six months for us since showing a first look at  Samurai Zero during our February livestream. That teaser was something  that surprised almost everyone watching, and hopefully overcame any  initial expectations coming into it. That short teaser set the gears in  motion for the team to keep working harder than ever.

With great  feedback from that livestream, we are happy to say that we’re only  getting started - everyone immediately put their heads down and got back  to work building the game I know will make all of you proud. Since  then, the team has grown beyond my wildest dreams in terms of knowledge,  experience, and passion. Looking at every asset we’ve created since  that time, we have tweaked and iterated on just about every everything  we have already shared (and a lot we haven't yet). I am overjoyed by the  level of growth on display from the team and game as a whole. I may  have teared up one or two times while working on a cutscene...

Playing  internal builds of Samurai Zero, logging bugs, and writing feedback may  sound mundane to some -  but for me, I revel in it.  I have previously  described making games being much like solving a puzzle - except you  have to create all the pieces. In these iteration cycles, we are not  just finding pieces that will fit in, but forging the ones that will  best fit the game we are trying to create. Back in June was when we  first started to see the puzzle forming and now I can say without a  doubt, the identity of Samurai Zero has never been stronger.

The team and I are hard at work preparing for our next major reveal - gameplay.  I believe it's the holy grail for any game, and is always the most  sought after by gamers.  In the coming months, sooner than you may  think, we will be showing off the first ever full-on reveal of Samurai  Zero.

Our  goal is to introduce you to more of the incredible world of Edo that we  have spent years developing, and of course, the primary ways you’ll be  able to interact with it. We have said since the beginning that Samurai  Zero is a Multiplayer Action RPG. We realize that can  mean a lot of different things to people, and it’s almost time for us to  share what we mean by it. Our gameplay reveal trailer is currently  being spearheaded by myself with the primary goal of answering what type  of game Samurai Zero will be. I must say that I’m flexing my cinematic  flair a bit more than usual for this trailer, and so I might need to  create a few different edits...forgive me.

So what can you expect soon? It's actually pretty simple:

We  have some incredibly ambitious plans for Samurai Zero and we want to  share them with you when the time is right.  Your patience and  understanding is something the team and I can’t thank you all more than  enough for. We are moving closer to a major milestone and with the  gameplay demo finalized, who knows what doors may open…

Catch up where the reveal trailer left off with the next Chronicle, The Fox and the Hare. 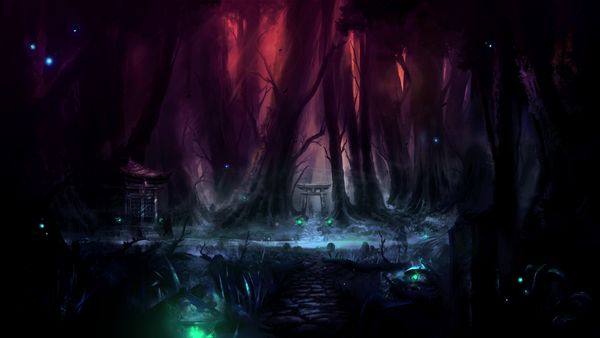 Move, Wraith thought to himself, his vision slowly clearing, Just move. Do that first, then worry about what comes next.